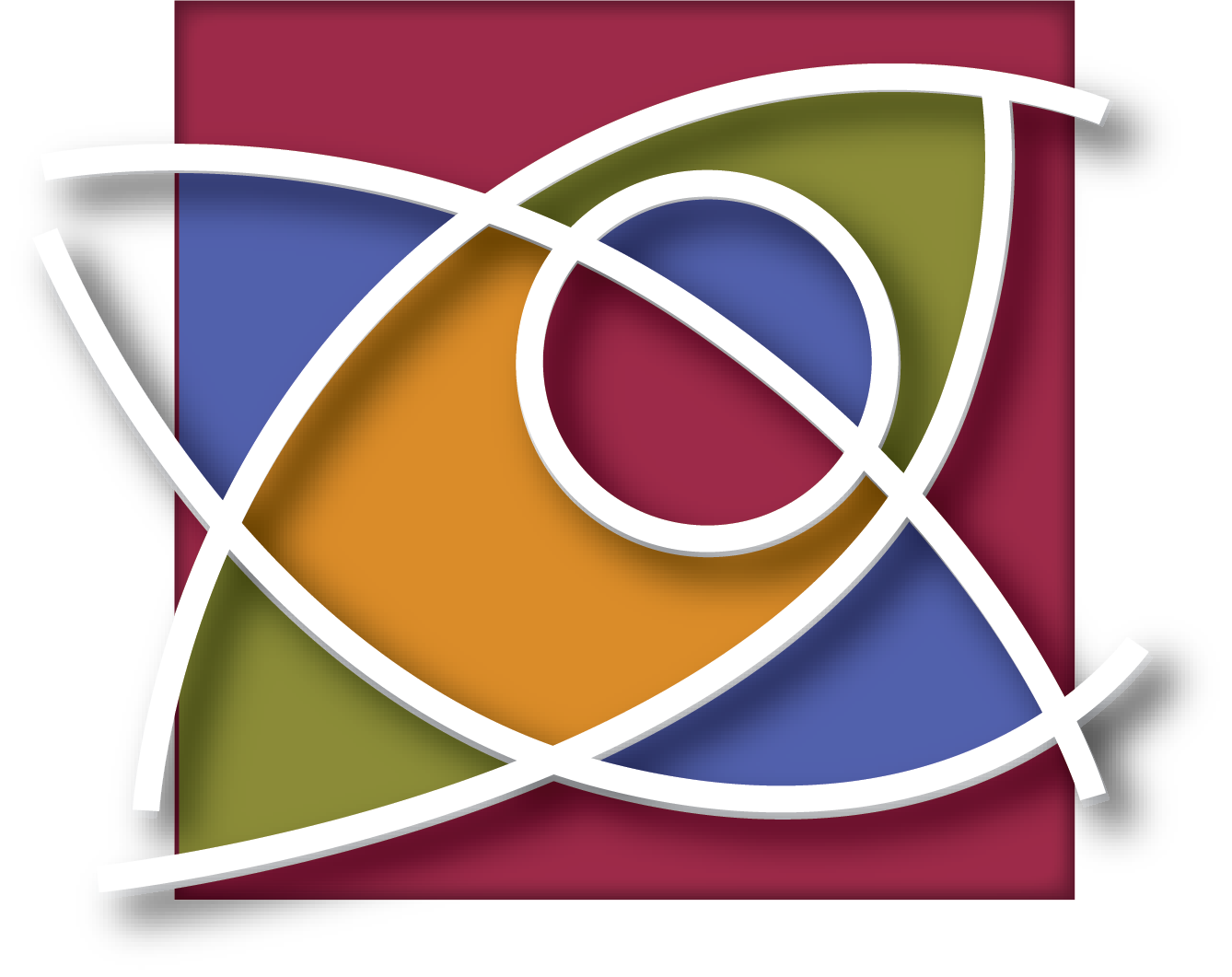 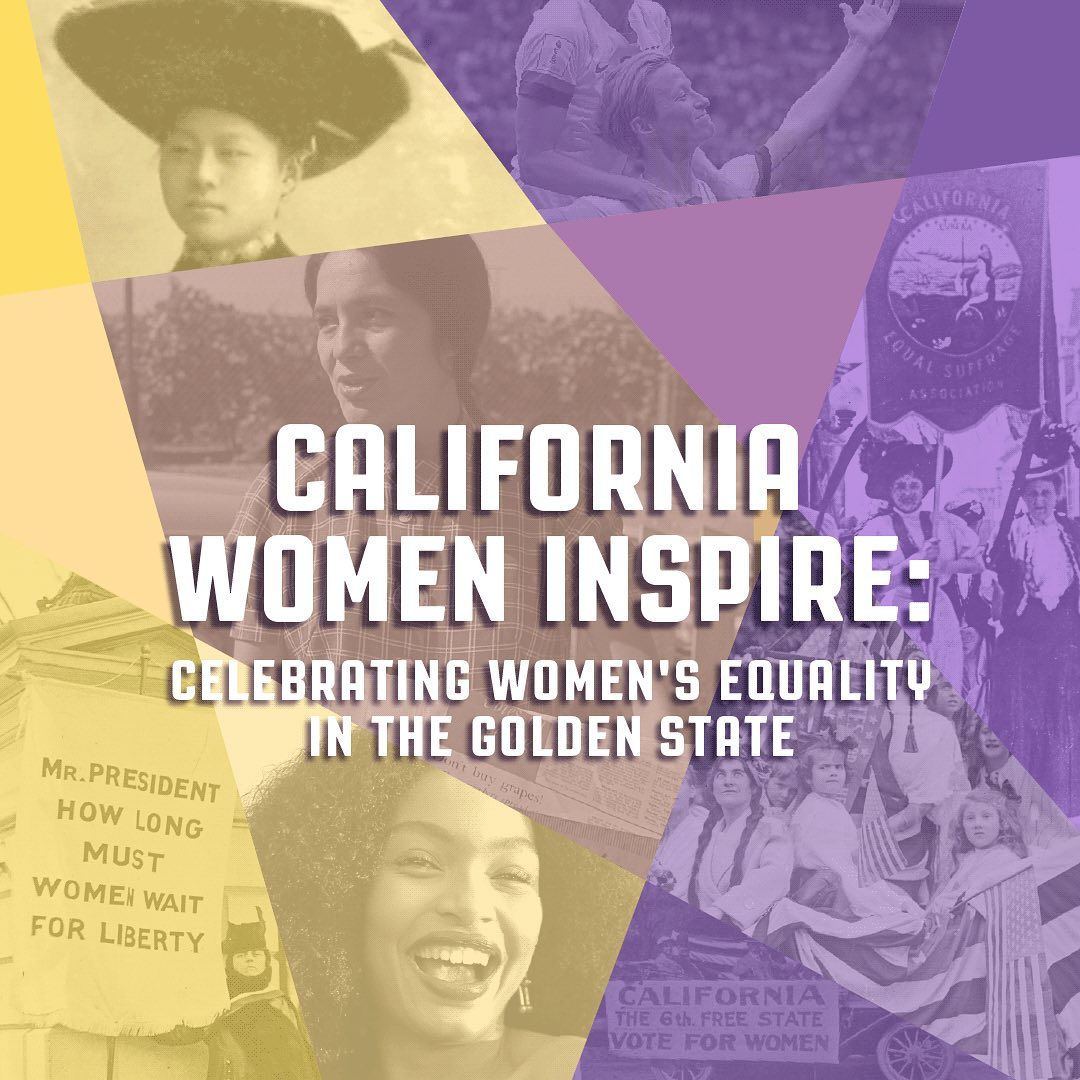 The California Museum is honoring the 19th Amendment’s 100th anniversary through a series of new online programs developed in collaboration with First Partner Jennifer Siebel Newsom, the state’s official representative in the Women’s Suffrage Centennial Commission. On August 18 – 100 years to the day Tennessee became the 36th and final state to ratify the 19th Amendment – the museum streamed the webcast “California Women Inspire: Celebrating Women’s Equality in the Golden State.” Hosted by First Partner Siebel Newsom, the event featured discussions on women’s equality with former First Lady Maria Shriver, Megan Rapinoe and Dolores Huerta, along with previews of the Museum's two new exhibits marking the women’s vote centennial, “Women Inspire: California Women Changing Our World” and “Fight for the Right: 100 Years of Women Voting.” The webcast may be viewed online at www.californiamuseum.org/ca-women, and selections from “Women Inspire: California Women Changing Our World” are available at www.californiamuseum.org/wi-online.On August 26, the museum will launch an online version of “Fight for the Right: 100 Years of Women Voting” at www.californiamuseum.org/womens-vote-100-online and participate in #ForwardIntoLight, a nationwide initiative celebrating the suffrage centennial by lighting landmarks, buildings and institutions in purple, yellow and gold. For more details on the campaign, please visit www.womensvote100.org/forwardintolight. 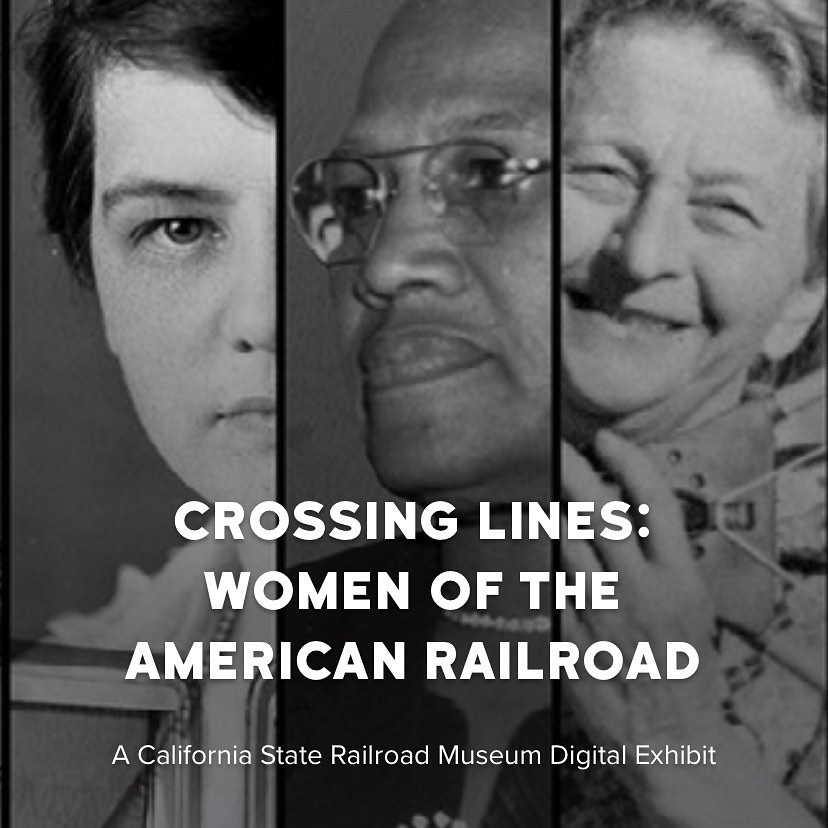 The California State Railroad Museum & Foundation are proud to debut a new digital exhibit titled “Crossing Lines: Women of the American Railroad.” The compelling exhibit shares stories about the lives and roles of trailblazing women associated with the railroad industry. The goals of the all-new exhibit are for online visitors to gain a heightened appreciation for the role of women railroad workers, and also experience a sense of empowerment and inspiration based on the considerable contributions women made to the railroad industry and society in general. Available digitally for now, the important new exhibit will remain on display permanently once the museum reopens for visitors. To view the digital experience, please visit www.californiarailroad.museum/crossing-lines. 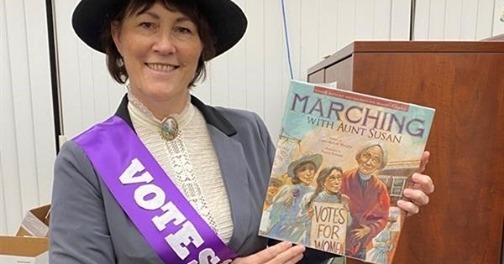 To recognize the milestone, the Sacramento History Museum recently launched “Museum Mondays” to celebrate 100 years of women's right to vote. On Monday, August 24, at 3 p.m. a reading of "Marching with Aunt Susan: Susan B. Anthony and the Fight for Women's Suffrage" will take place on the museum’s Facebook page. To tune in to the special reading, please visit www.facebook.com/SacramentoHistoryMuseum/. Plus, the History Museum created hands-on videos about how to make a paper or ribbon rosette (also known as political lapel pins of yesteryear) used to show patriotism, support the troops, stand for a cause, show rank, or declare loyalty through the use of different colors, shapes, and emblems. The demo videos are available at www.youtube.com/watch?v=7vPo-884UKU and www.youtube.com/watch?v=51uKi1f-8ik.